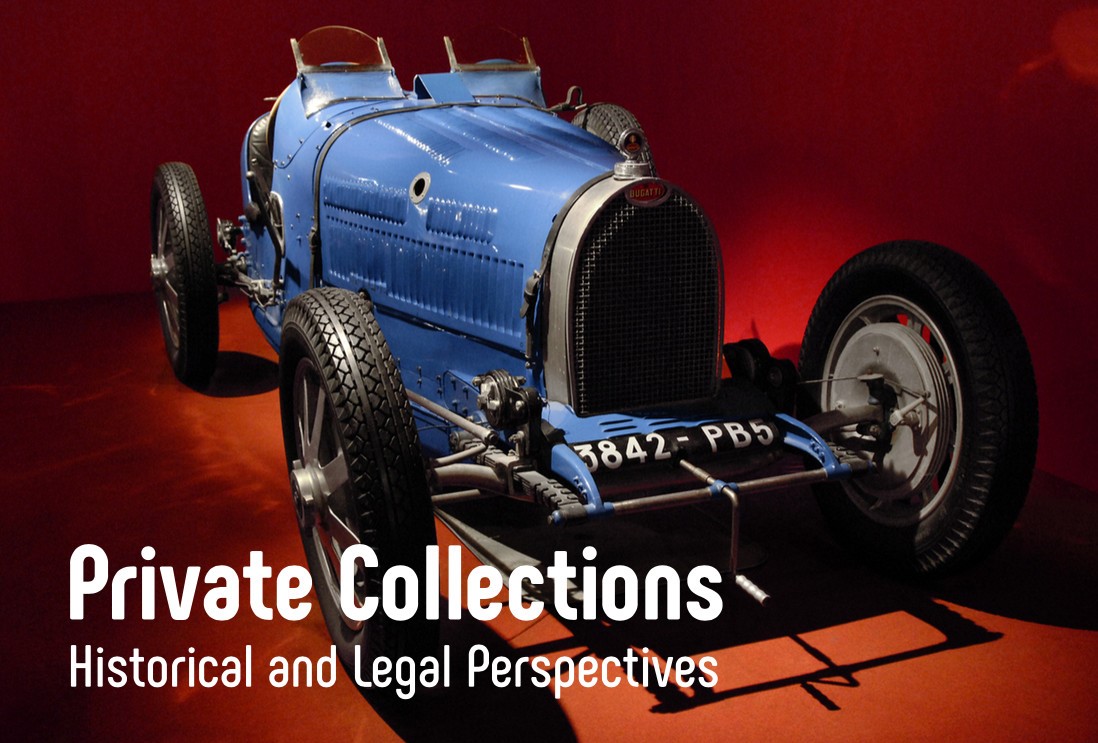 By Note Verbale dated 16 October 2015, the Permanent Mission of Mexico to the International Organisations with Seat in Rome transmitted to the Secretariat a document containing a proposal for work on legal issues related to Private art collections.

UNIDROIT hosted in Rome, on 16 and 17 March 2017, a conference on Private Collections: Historical and Legal Perspectives (see the programme in Annex I hereto) and invited Professor Elina Moustaira, professor of comparative law at the School of Law of the National and Kapodistrian University of Athens, to make a presentation. The Conference was co-organised with the International Society of Research and Cultural Heritage Law (ISCHAL), the Institut des sciences sociales du politique (CNRS-ENS Cachan-Université Paris-Nanterre) and BonelliErede law firm. Professor Moustaira also prepared a document indicating private law aspects on which UNIDROIT’s particular expertise would be of additional benefit in this field which was submitted to the Governing Council in May 2017.

4th Workshop for the project on Best Practices in the Field of Electronic Registry Design and Operation
(9 September 2020, Rome)

International Conference to celebrate the 25th anniversary of the UNIDROIT Convention on Stolen or Illegally Exported Cultural Objects
(8 and 9 October 2020, Rome/remote)