On 30-31 March 2017, UNIDROIT was invited to take part to the first G7 Culture meeting in the history of G7, hosted by Italy in Florence.

The Ministerial meeting attended by Prof. Anna Veneziano, Deputy Secretary general of UNIDROIT, was preceded by a technical meeting on challenges and opportunities of the existing legal framework, best strategies and preventive measures for safeguarding cultural property from illicit trafficking, and awareness-raising and education’s improvement to which UNIDROIT contributed.

The Declaration signed by the seven Ministers of Culture urges States to strengthen safeguarding and preservation of cultural heritage, to identify and share appropriate best practices for fighting every form of illegal activity in this field, as well as to ratify the existing relevant Conventions against trafficking in cultural property such as the 1995 UNIDROIT Convention on Stolen or Illegally Exported Cultural Objects.

Joint Declaration of the Ministers of Culture of G7. 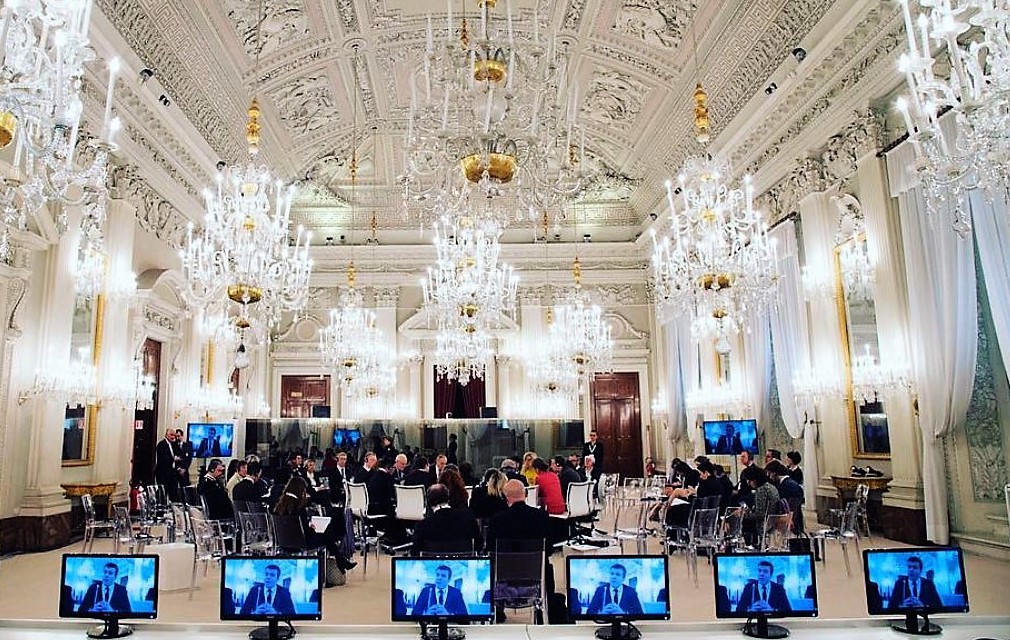 Shot of the conference room.

CONFERENCE ON THE UNIDROIT PRINCIPLES OF INTERNATIONAL COMMERCIAL CONTRACTS IN BEIJING, CHINA
Comments are closed.