On Tuesday 15 October UNIDROIT held an international briefing event to discuss the MAC Protocol to the Cape Town Convention at the UNIDROIT headquarters in Rome, Italy. 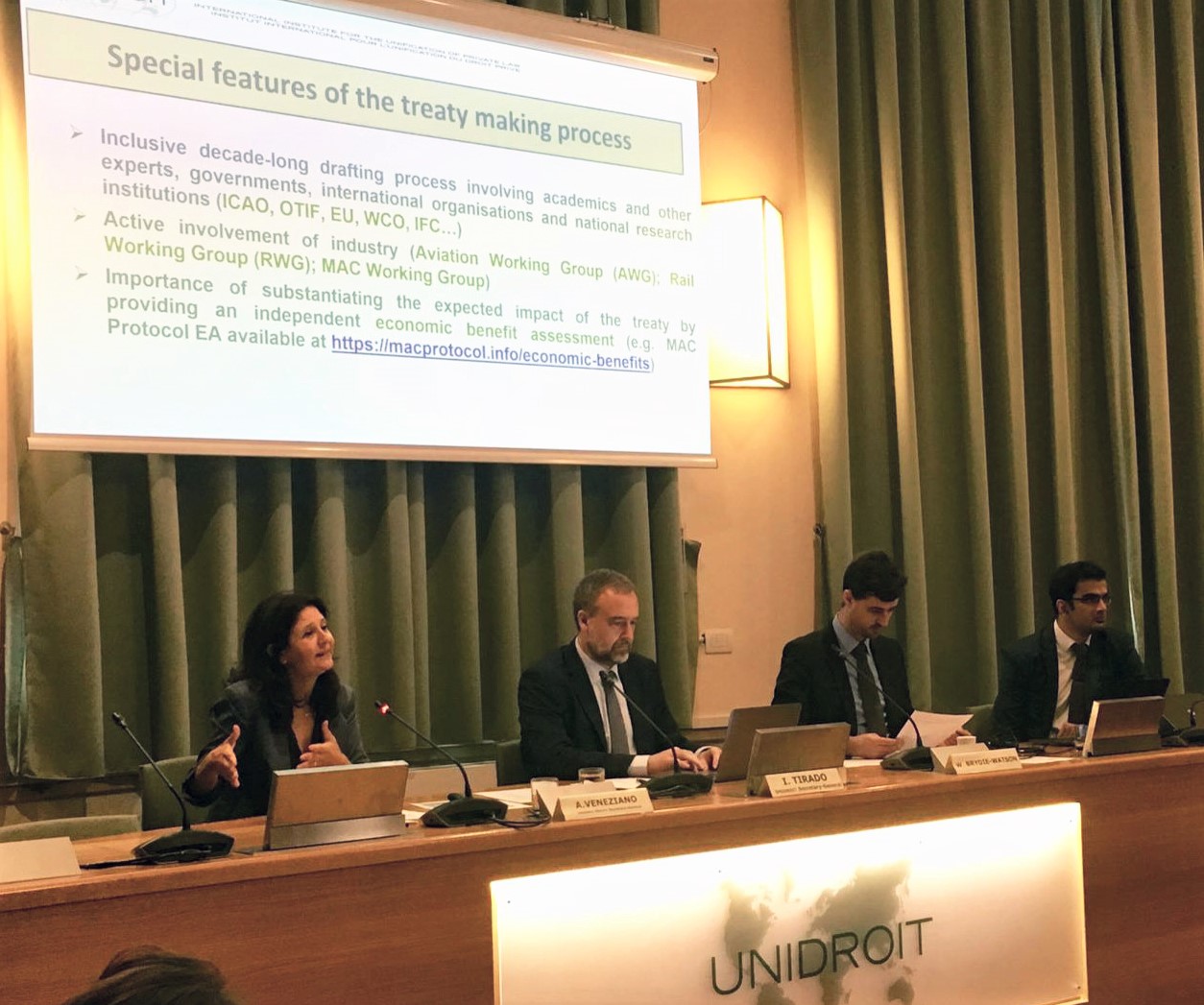 The briefing brought together over 40 diplomatic representatives from 34 States to discuss the legal and economic benefits of the MAC Protocol, with a particular focus on developing countries and emerging markets. The event provided an opportunity for diplomatic missions to discuss the treaty in preparation for the Diplomatic Conference to be held in Pretoria, South Africa between 11 – 22 November 2019. As part of the briefing, presentations were delivered by UNIDROIT Secretary-General Ignacio Tirado, UNIDROIT Deputy Secretary-General Anna Veneziano and UNIDROIT Senior Legal Officer William Brydie-Watson.