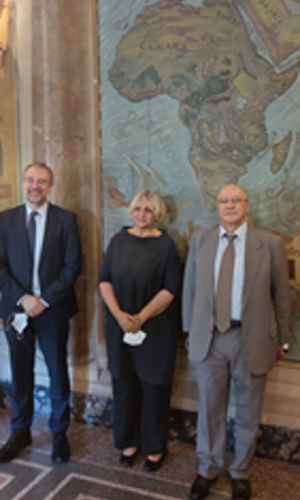 President Maria Chiara Malaguti and Secretary General Ignacio Tirado were pleased to receive Ambassador S.E.M. Ahmed Boutache and Foreign Affairs Secretary Somia Hadef of Algeria on 23 July 2021. With Deputy Secretary General Anna Veneziano and Principal Legal Officer and Treaty Depositary Marina Schneider, the meeting focused on the benefits of becoming a member State of UNIDROIT and a State Party to its most relevant international legal instruments for the Algerian economy.