A Colloquium entitled “The Cape Town Convention – Past successes and Future Opportunities” was held on April 30 at the Law Faculty of the Université de Montréal.

The event was a joint undertaking between the Department of Justice Canada and the Université de Montréal, with the financial support of the MAC Working Group. 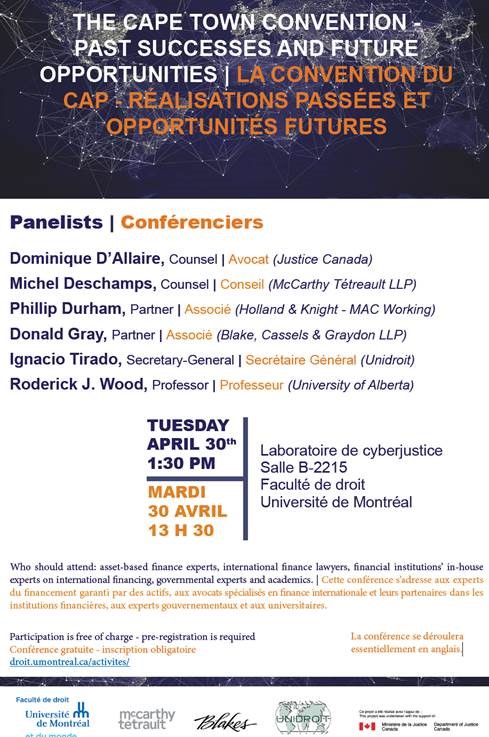 Some sixty speakers and participants representing academia, agricultural and aerospace financing, the International Civil Aviation Organization, governments and lending institutions discussed the benefits associated with the Convention and its Aircraft Protocol and draft MAC Protocol.  The similarities and the differences between the Cape Town Convention and Canadian law were presented as well as specific issues relating to the draft MAC Protocol and the implementation of private law treaties in Canada.

In addition to disseminating information about the Cape Town Convention to Canadian practitioners and users, the colloquium provided a valuable opportunity for Canadian stakeholders to provide input on the draft MAC Protocol in advance of its adoption.