On 25 September 2020, the ELI – UNIDROIT Rules were presented in an International Workshop Webinar that was held in hybrid format as a closing event of the 99th session of the UNIDROIT Governing Council. 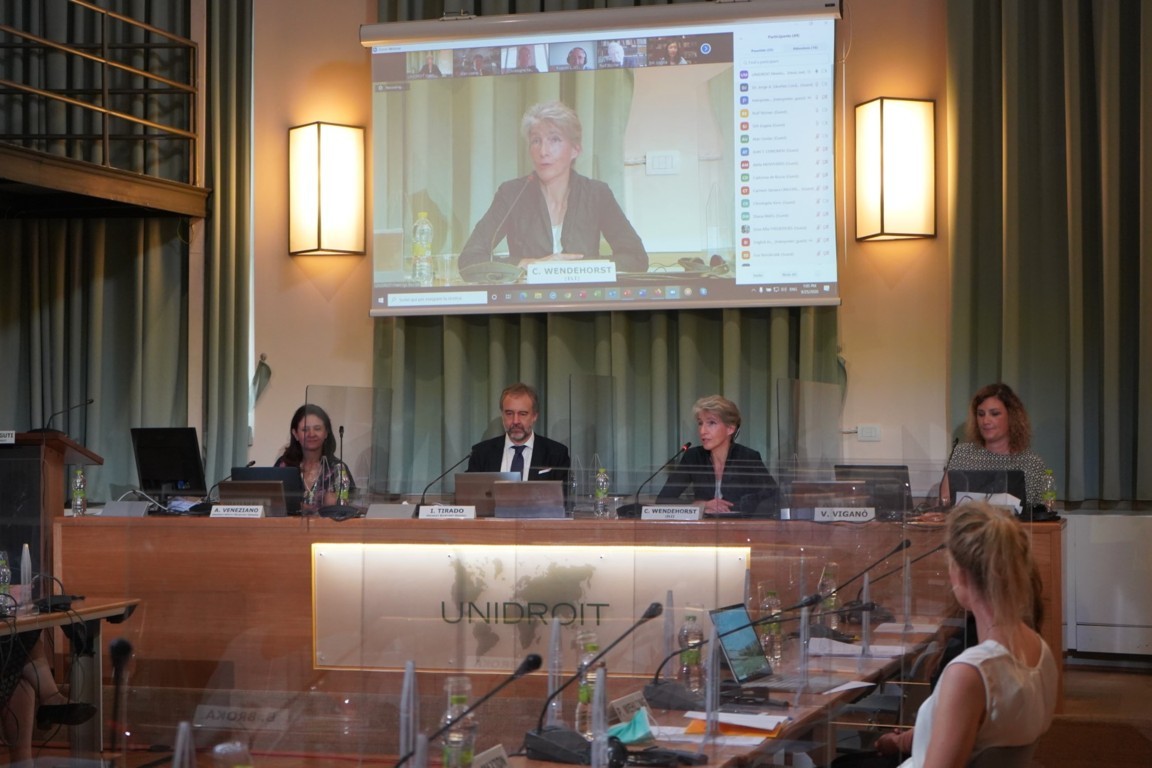 Anna Veneziano and Diana Wallis chaired the second panel concerned with the approach of the ELI-UNIDROIT Rules to  Party Disposition and Case Management, featuring an introduction by John Sorabji (former Principal Legal Adviser to the Lord Chief Justice and the Master of the Rolls; University College London), and External discussants from the judiciary Sir Geoffrey Vos (Chancellor of the High Court of England and Wales) and Raffaele Sabato (former Italian Supreme Court judge, Judge at the European Court of Human Rights).

The event attracted about 70 remote participants and attendees including Co-Reporters of the Project, who contributed to the interesting discussions that followed. The video of the webinar will soon be made available on our website.