His Excellency, Mr Fikile Mbalula, Minister of Transport of South Africa, signed the Luxembourg Rail Protocol and Professor Ignacio Tirado expressed great appreciation as a first step towards the planned ratification of the Protocol by South Africa. 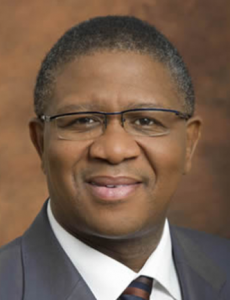