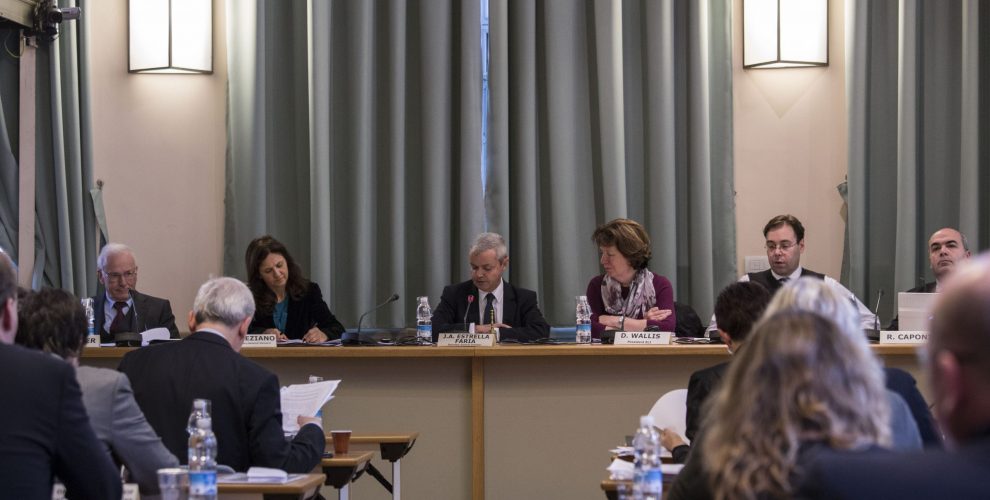 A Joint Meeting of the members of the Steering Committee and Working Groups was held at the seat of UNIDROIT in Rome on 27-28 November 2014. Preliminary reports produced by the first three Working Groups (access to information and evidence, provisional and protective measures, and service of documents) were discussed and two further groups (lis pendens and res judicata and obligations of the parties and lawyers) were set up. A number of Observers from Intergovernmental Organisations (Hague Conference on Private International Law(HCCH)), European Institutions (the European Commission, the European Parliament (JURI Committee), the Court of Justice of the European Union), Professional Associations (the Association for International Arbitration (AIA), the Council of Bars and Law Societies of Europe (CCBE), the Council of the Notariats of the European Union (CNUE), the European Network of the Councils of the Judiciary (ENCJ), the International Bar Association (IBA), the Union Internationale des Avocats (UIA), the Union international des huissiers de justice (International Union of Judicial Officers) (UIHJ)), and Research Institutions (the International Association of Procedural Law and the Max-Planck Institute of Luxembourg for International, European and Regulatory Procedural Law) attended the meeting, The American Law Institute (ALI), which prepared the ALI/UNIDROIT Principles of Transnational Civil Procedure jointly with UNIDROIT, also attended.

SECRETARY-GENERAL PARTICIPATES IN SEMINAR IN IRAN

CAPE TOWN CONVENTION AND AIRCRAFT PROTOCOL – ACCESSION BY THE ARAB REPUBLIC OF EGYPT
Comments are closed.