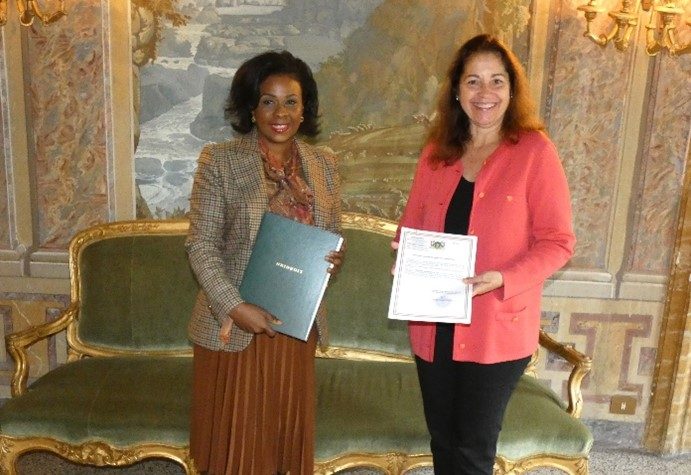 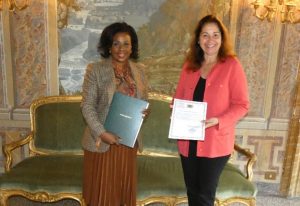 The visit of H.E. Ambassador Cheiffou was also an occasion to discuss how to strengthen the relations between the Republic of Niger and UNIDROIT, and the benefits of other UNIDROIT instrument for her country.

Further details about the Cape Town Convention and the Aircraft Protocol are available at: 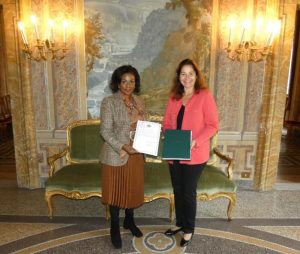 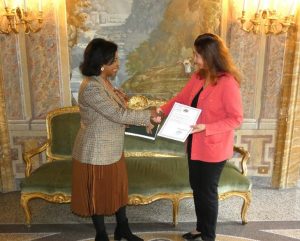 H.E. Fatimata Cheiffou, Ambassador of the Republic of Niger to Italy
and Permanent Representative to FAO, IFAD and WFP, and
Ms Marina Schneider, Principal Legal Officer and Treaty depositary at UNIDROIT

UNIDROIT delegation enhances cooperation with the Republic of the Philippines
Comments are closed.