UNIDROIT at XXI IACL General Congress in Asunción: Signature of Memorandum of Understanding 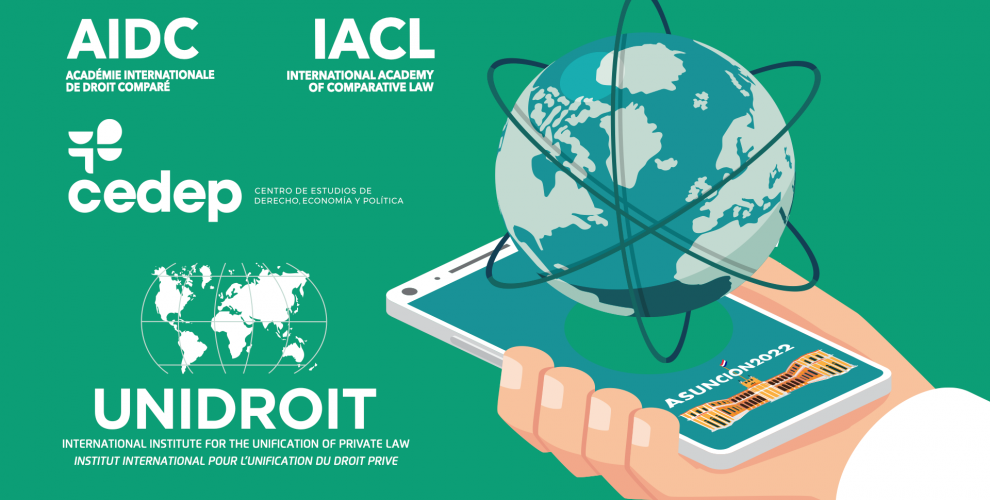 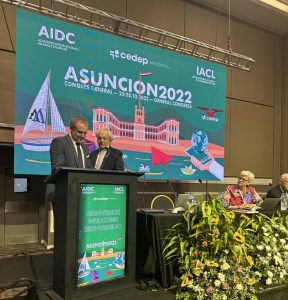 UNIDROIT had the honour of being invited to the XXI General Congress of the International Academy of Comparative Law, the first since the pandemic, which was organised in Asunciòn from 23 to 28 of October 2022. At the opening of the IACL General Assembly that closed the Conference on Friday 28 October, the two organisations sealed their already strong partnership by signing a Memorandum of Understanding.

UNIDROIT is very proud to have had the opportunity to have its instruments and ongoing project featured in this important occasion, which was organised in close cooperation with CEDEP in Asunciòn, alongside Asociación Americana de Derecho Internacional Privado (ASADIP), which also exceptionally organized its annual meeting (XV Jornadas) during the Congress, and the Conferencia Latinoamericana de Arbitraje, which hosted a session on the theme of comparative law and investment law, providing a platform for UNIDROIT to present a proposal for a future joint project with the ICC Institute of World Business Law (ICCWBO), recommended by the UNIDROIT Governing Council at its 101st session for inclusion in the 2023-2025 Work Programme, on the UNIDROIT Principles of International Commercial Contracts on matters specific to Investment Contracts.

Futher news on UNIDROIT in Asunciòn: