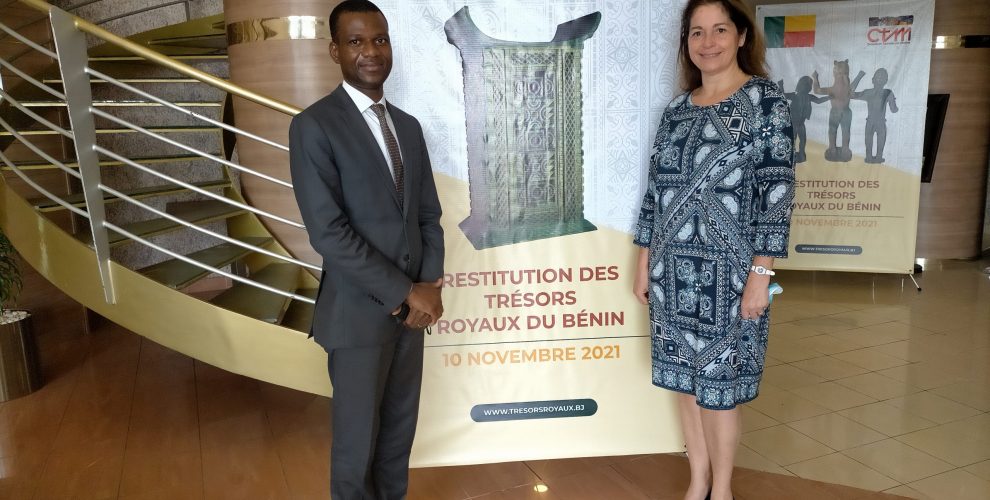 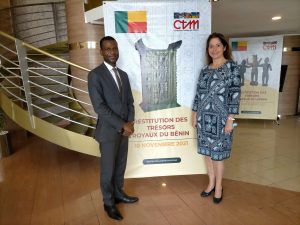 On 18 November 2021, Ms Marina Schneider (Principal Legal Officer & Treaty Depositary, UNIDROIT), while in Porto Novo (Benin) to attend a strategic planning meeting organised by ICCROM in the context of its Project Youth.Heritage.Africa, met Mr Franck Armel AFOUKOU, Director of Legal Affairs, Ministry of Foreign Affairs and Cooperation of Benin. They discussed about the recent restitution of royal treasures to Benin and the accession by the country to the 1995 UNIDROIT Convention on Stolen or Illegally Exported Cultural Objects. The discussion also focussed on UNIDROIT’s activities in general and in particular to the current UNIDROIT Work Programme, the benefits for Benin of the Cape Town Convention on International Interests in Mobile Equipment (2001) and its Protocols (Aircraft Protocol, Rail Protocol, Space Protocol and MAC Protocol), and the potential participation of a lawyer in Benin in the UNIDROIT International Summer School. Future collaborations were also discussed.