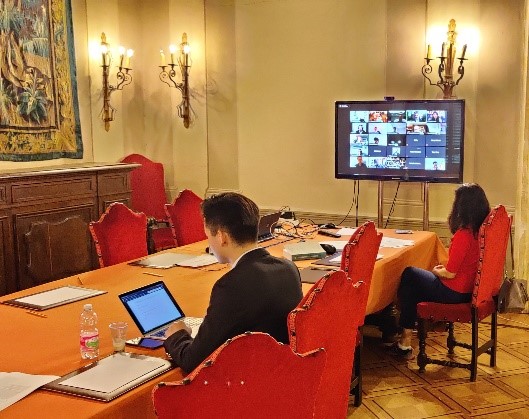 Pursuant to Resolution 1 of the diplomatic Conference for the adoption of the Protocol to the Convention on International Interests in Mobile Equipment on Matters Specific to Mining, Agricultural and Construction Equipment (Pretoria, 11 - 22 November 2019), a Preparatory Commission has been established to act as Provisional Supervisory Authority until the Protocol enters into force. The Preparatory Commission operates under the guidance of the Governing Council and General Assembly of UNIDROIT.

Customarily, the Preparatory Commission also plays an important role in encouraging States to sign, implement and ratify the Protocol.

The first session of the Preparatory Commission took place via videoconference between 21 and 22 May 2020. The Commission was attended by 38 participants from eight Member States of the Commission, one observing State, one observing Regional Economic Integration Organisation, three observing organisations, and ex officio observers from the Diplomatic Conference.

The documents for the first session are available below: